A few years ago, a woman in her 60s underwent surgery at a Seattle hospital for a brain tumor. This is all we know about her, other than that she agreed to join a research study before she went into the operating room.

But we now know quite a lot about certain cellular details of her brain, thanks to her participation in that study, which is headquartered at the Allen Institute. A small by-product of her surgery — a piece of brain tissue her surgeons removed to access her tumor — turned out to contain very rare human brain cells known as von Economo neurons. The researchers were able to record the first-ever electrical spikes of human von Economo neurons from this donated tissue, which came from a relatively deep region of the brain that is one of just a few places where the rare neurons are found.

“We’re all keenly aware that the tissues we study come from individuals who generously donate part of their brain in what is often an otherwise difficult situation,” said Ed Lein, Ph.D., who heads the human brain cell type research at the Allen Institute for Brain Science, a division of the Allen Institute. This program includes studies of live brain tissue donated by Seattle-area patients undergoing surgery for epilepsy or brain tumors. “In this case, her donation has an even higher level of importance and poignancy because these cells are so, so rare,” he said.

Von Economo neurons are large, spindle-shaped neurons that are sparsely studded through just three small regions of the human brain. They were first identified approximately 140 years ago by the Russian scientist Vladimir Betz and later named after the anatomist Constantin von Economo, and have since been spotted in the brains of great apes, whales, dolphins, cows and elephants. There’s a theory that these rare neurons evolved independently in animals with particularly large brains, or perhaps particularly social animals. They seem to be lost in people with certain brain diseases and are overabundant in “super-agers,” older people who don’t suffer the standard memory loss of aging. But scientists don’t really understand what they do, in part because they aren’t found in common lab animals like mice and rats, making them difficult to study.

Along with the first electrical recordings of human von Economo neurons, Lein and his colleagues also analyzed these neurons by the complete set of genes they switch on, or express. Using a technique called single-cell transcriptomics that can measure gene expression in hundreds or thousands of individual cells and use that information to sort them into categories, they found a small group of cells that contained these von Economo neurons. Their study, published Tuesday in the journal Nature Communications, found that even though these large neurons have a striking and unusual shape, their gene expression patterns put them into the same category as their closest relative, a brain cell type which is a subset of the more common pyramidal neuron. These patterns specifically predicted that they belong to a particular type of pyramidal neuron that has been extensively studied in lab animals.

“Under the microscope this cell looks very different from a pyramidal cell, but at least at the level of detail in this study, they seem to have very similar gene expression patterns,” said Rebecca Hodge, Ph.D., Assistant Investigator at the Allen Institute for Brain Science and co-first author of the study along with Senior Scientist Jeremy Miller, Ph.D.

Based on the analysis, von Economo neurons are likely a member of a larger class of neurons known as extratelencephalic-projecting neurons, or ET neurons. That classification can inform educated guesses about what our von Economo neurons do, the researchers said, because ET neurons are much more common both in our brains and in animals that scientists can more readily study in the lab, such as mice. Animal studies have found that ET neurons send long-distance signals from their home in the cortex, the outermost shell of the brain, to much deeper regions of the brain, including the brainstem.

There’s no way to trace the complete wiring pathway of a human von Economo neuron — that kind of experiment can only be done in a genetically engineered lab animal. But because nearly all human neurons have a rough counterpart in the mouse brain, as a previous Allen Institute study found, it’s reasonable to assume that our von Economo neurons could also be long-range communicators, Lein said.

He and his colleagues are now conducting a larger analysis to see if sampling more of these rare cells will reveal a unique von Economo gene expression pattern.

Allen Institute neuroscientists Brian Kalmbach, Ph.D., and Jonathan Ting, Ph.D., also authors on the study, were ready and waiting to start electrical recordings the day the rare brain sample arrived. They knew this tissue came from one of the few sections of the brain that contain von Economo neurons, so they immediately started hunting through the thin brain slices under a microscope to find that characteristic spindle shape.

The pressure was on — both figuratively and, it turned out, literally. To capture neurons’ electrical signals, the scientists have to carefully puncture each cell with a tiny glass pipette, putting just the right amount of pressure on the microscopically thin tip to keep the cell’s outer membrane intact. It’s a delicate job on the best of days and with that particular sample, it was almost impossible, Kalmbach said. Von Economo neurons turned out to be especially fragile, perhaps because they are so large, and the cells kept falling to pieces in front of his eyes.

“I would go to touch the cells with the pipette, and they would just explode,” Kalmbach said. “It was super frustrating. But luckily, we were finally able to record from some of the cells, which was really exciting since that hadn’t been done before.”

Between the two scientists, they were able to capture electrical signals from three von Economo neurons in that one precious brain sample, the first time that a live piece from this deep region of the human brain had crossed their doorstep. As with their distinct shape, these neurons seem to have unique electrical properties as compared to other neuron types, the researchers found, although they don’t yet know what those electrical differences mean.

Along with the ongoing gene expression studies of von Economo neurons from postmortem brains, the Allen Institute teams have since received live samples from another region of the brain that contains these cells and are using new techniques to further delve into the cells’ unusual properties.

“At this point we’re really in the descriptive phase of understanding these neurons,” Lein said. “There are still many remaining mysteries.”

The study was a collaboration between researchers at the Allen Institute, the J. Craig Venter Institute, UW Medicine, and Swedish Neuroscience Institute. For a full author list please see the article here. 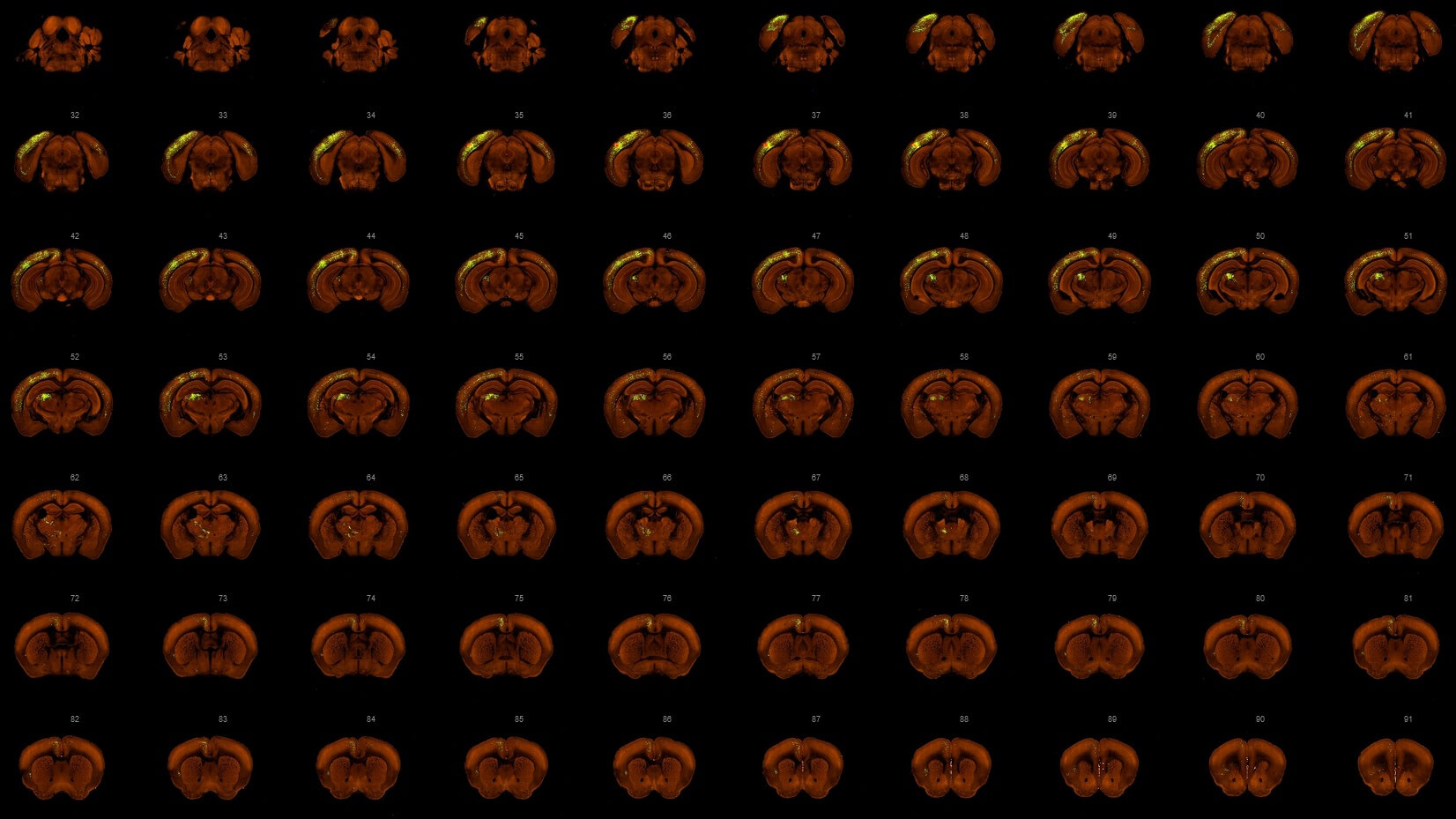