Picture one of your cells. If you’re not a biologist, chances are you’re thinking about the fried-egg-reminiscent illustration from your grade school science textbooks. 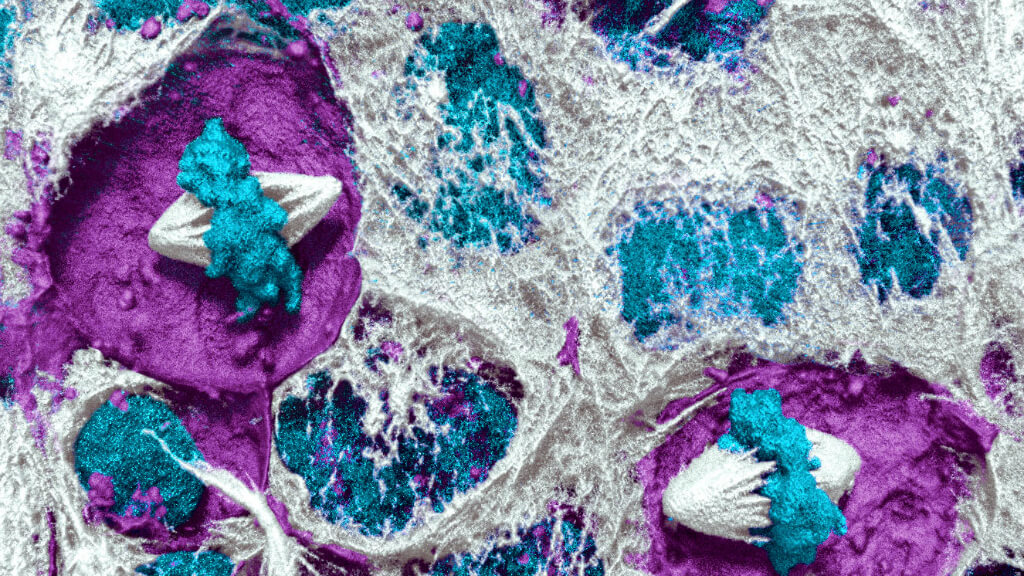 Cells were first discovered more than 350 years ago in the cork tree and understood to be the basic building block of all living beings more than 200 years ago — so we must have cells all figured out by now, right? Not so fast, researchers say.

There’s been a huge amount of progress in the past several decades as well as ongoing studies in cell biology labs around the world to understand how aspects of our cells work and what happens when they stop working properly in disease and aging, but there’s still an astonishing amount that we don’t understand about this fundamental unit of life.

“The wonderful thing about biology is that there’s so much that is still undiscovered,” said Allan Jones, Ph.D., President and Chief Executive Officer of the Allen Institute. “We know so little about the rules that govern how our cells work, let alone how our bodies work.”

We asked Horwitz and his colleagues to break down some of what scientists still don’t know about cells — and how they hope to get at the answers.

Why is a muscle cell not a neuron?

Every cell in your body contains nearly identical copies of its instruction manual, your genome. But the hundreds of “types” of cells in our bodies look and behave very differently from each other. How does that happen? Embryonic stem cells appear only very early during development and are cellular blank slates, giving rise to all the rest of our bodies’ cells. As specialized cell types develop from these stem cells, they read different parts of that instruction manual, but there are many parts of that process that remain mysterious.

Take, for example, a neuron, with all its delicate and specialized projections. The branching dendrites and the tentacle-like axon work together with billions of other neuronal cells to let us perceive our environment, read the words on this page, remember names of our loved ones. Compare it to a muscle cell, which has a special internal structure that allows it to produce force by contracting and relaxing in sync with its neighbors, enabling us to move, our hearts to beat, our diaphragms to draw air into our lungs.

“If you ask anyone, ‘How do these two cells become different?’ There’s just no complete explanation,” Horwitz said. “This is fundamentally not known.”

What are the different stages of a cell’s life?

One of more than 30,000 images of fluorescently tagged human stem cells taken by researchers at the Allen Institute for Cell Science, capturing cells as they divide.

Even more fundamentally, scientists don’t understand all the variation that can exist in a single cell type. Cells go through phases of life just like we do, which researchers call “cell states.” But researchers still don’t know the details of all those stages — which include cellular milestones such as division, stress responses, and even programmed death — or how to recognize and correctly categorize them when they see them.

Compare a cell state to the human state of being asleep or awake. “What is a separate state?” Horwitz asked. “I could be asleep on my back or my stomach or my side, but I’m still asleep. If I’m going to look at someone and judge if they’re asleep or not, it can’t just be based on if they’re lying on their back with their eyes closed.”

Cataloguing those slight differences within a single cell state is a major focus of the Allen Institute for Cell Science team. To date they’ve captured and shared over 30,000 images of human stem cells (which were made from skin cells donated by an adult volunteer and reprogrammed to be in a “stem cell” state, and are different from embryonic stem cells), in part to understand the diversity that exists in just one type of cell. They’re also starting on a similar cataloguing project with heart muscle cells, knowing that the many different cell types in our bodies may all have different flavors of variation.

It’s all part of a massive effort to increase our knowledge about our cells — and to organize that knowledge. But the project is more than just academic. Better understanding normal cell states is essential to understanding disease. Take a tumor biopsy, for example, which includes a mix of cancerous cells and many kinds of healthy cells.

“You want to know what cells are there and what they’re doing,” Horwitz said. “If they’re all stressed and dying, then something’s wrong. If they’re about to metastasize, we want to be able to know that.”

How is a cell made?

Stepping even further back, scientists also don’t fully understand how cells are formed in the first place. A cell is a 3D, living, dynamic unit that maintains itself from a one-dimensional string of instructions — the genome — and we don’t understand most of the rules for how that happens, said Susanne Rafelski, Ph.D., a cell biologist at the Allen Institute for Cell Science.

Cells are made up of different molecular pieces each with their own geometries and ability to interact with each other, all driven by their genetic instructions, and somehow that magical mix comes together to make the building blocks of our bodies that are capable of doing so many different things. How do you get something so alive and complicated from a string of four-lettered DNA?

Rafelski and her colleagues are tackling that tough question by observing as many of the components of the cell at the same time as possible, an effort currently underway at the Allen Institute using a combination of live cell imaging and computational modeling to put all the pieces of the cell together and understand how they function as a whole, a project the team has dubbed the Allen Integrated Cell.

“Two really important unknowns in cell biology are how to integrate cells and what their general organizing principles are,” Rafelski said. “That’s why I came to the Allen Institute in the first place.”

Why do cells change the way they do — and can we get them to change in different ways?

Researchers at the Allen Institute for Cell Science have generated cardiomyocytes, or heart muscle cells, from human stem cells.

Along with better understanding static cell states, scientists need to get a better handle on how cells change between states — and why and when they will no longer change back, Horwitz said.

As we grow from single fertilized eggs into complicated beings with hundreds of specialized cell types, our cells go down pathways of no return. Once a stem cell decides it will be a neuron, it can’t suddenly switch and become a kidney cell. Generally, that’s a very good thing, but researchers working in the field of regenerative medicine would like to understand the biology behind those cell fate decisions, and ultimately how to tweak them to grow new organs or other body parts for people in need of transplants.

“This is right in the middle of regenerative medicine,” Horwitz said.

What does it mean to understand cells, anyway?

Graham Johnson, Ph.D., a cell biologist and visualization scientist at the Allen Institute for Cell Science, is not sure scientists will even agree when they’ve fully understood a cell.

“I think that ‘understanding a cell’ means very different things to different people, and it depends on what question they are asking,” Johnson said.

Understanding cells is a huge goal which will require a lot of different researchers tackling the issue on multiple fronts. Johnson is optimistic that the large-scale observations happening at the Allen Institute for Cell Science will help get researchers closer to the answer.

“The definitions and lists and observations we’re making now will help us figure out what are the differences and commonalities between human cells and other mammalian cells, between mammalian cells and other species of cells, between the same cell and its state five minutes ago, and between all the cells in the human body,” he said. “We have hope that with the right tools, we humans can begin to wrap our minds around this complexity.”