Recent research has led to new insights on how the immune and nervous systems are linked anatomically, communicate, and bidirectionally influence function. This is an exciting time to examine interdisciplinary approaches that will reveal the fundamental interactions between these core systems, and the impact they have on health and disease. 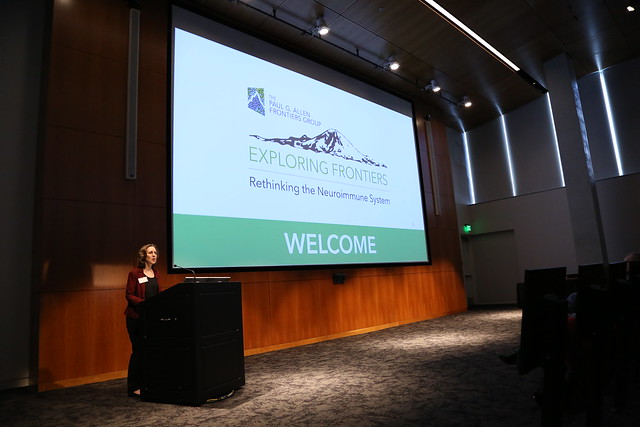 Dr. Jonathan (Jony) Kipnis’s research group focuses on the complex interactions between the immune system and the central nervous system (CNS). The goal is to elucidate the cellular and molecular mechanisms underlying the beneficial effects of immune system in brain function in neurodegenerative, neurodevelopmental, and mental disorders as well as in healthy aging.

Dr. Kipnis’s research team showed that the brain function is dependent, in part, on the function and integrity of the immune system. The fascination with immunity and its role in healthy and diseased brain is what brought the team to a breakthrough discovery of lymphatic vessels that drain the CNS into the peripheral lymph nodes and thus serve as a physical connection between the brain and the immune system. The implications of this work are broad and range from Autism to Alzheimer’s disease through neuroinflammatory conditions, such as Multiple Sclerosis.

Dr. Kipnis graduated from the Weizmann Institute of Science in Israel, where he was a Sir Charles Clore scholar and a recipient of distinguished prize for scientific achievements awarded by the Israeli Parliament, The Knesset.
Jony joined UVA faculty in 2007. He is now a Harrison Distinguished Professor and Chair of the Neuroscience Since 2015 he is also a Gutenberg Research College Fellow at the Johannes Gutenberg University Mainz Medical Center, Germany.

Schwartz basically redefined the relationships between the brain and the immune system in health and disease. Schwartz pioneered the pivotal role of the systemic immune system in healthy brain homeostasis, protection, and repair. She is the world pioneer in suggesting that both monocytes and T cells are needed for repair of injured CNS tissues. She coined the concept of “protective autoimmunity”, as a physiological response that protects the brain. Schwartz further demonstrated that T cells are needed for healthy brain functional plasticity, and identified the brain’s choroid plexus epithelium, as an active physiological immunological interface between the brain and the circulation. This led to discover that brain aging and neurodegenerative diseases are associated with dysfunction of this interface, and to suggest a novel therapeutic approach to combat Alzheimer’s disease, using immune checkpoint blockade to unleash the immune system and thereby harness it to combat Alzheimer’s disease. Her revolutionary Immunotherapy for Alzheimer’s disease is currently under expedite process of translation.

Schwartz’s works are published in a very high profiler journals, and are highly cited (H index 100; Google Scholar). She has received a number of prestigious awards for her research, including the 2002 Friedenwald Award from ARVO for her outstanding contribution to vision research and ophthalmology. She was appointed by the American Spinal Cord Injury Association to the Distinguished G. Heiner Sell Memorial Lectureship in 2002 for outstanding achievement in the field of spinal cord injury. She was one of the recipients of the NARSAD Distinguished Investigative Award (2007), she received twice Advanced European Research Commission award (2008, 2017), an honorary doctorate from Ben-Gurion University (2009), and a National Brain research award for her pioneering work (2009). In 2015, she received the Blumberg Prize for excellence in medical science. In 2016 her book: “NEUROIMMUNITY: How Brain Science Will Revolutionize the Way We Live and Age”, by MICHAL SCHWARTZ with Anat London, Yale University Press received Accolade from the annual PROSE Awards. Recently, Schwartz was profiled by Britannica Book of the year 2016, covering selected individuals that impacted the course of human history. Lately, she received the 2017 Rappaport Prize for Excellence in the Field of Biomedical ResearchLately she was selected as the most influential women of the year, 2017, by Lady Globes.