Exploring Frontiers: What Makes Us Human?

Recent research has led to new insights on how genes shape brain structure and development, and their impact on individual variation. Although significant inroads have been made in understanding the genetics underlying disease risk, what about the complex traits of extraordinary variation - such as cognition, superior memory, etc.? Can current advances shed light on genetic components underpinning these variations?

Registration for this event is now closed. Walk-ins will be accepted on a case-by-case basis. Please contact Events@alleninstitute.org with any questions. 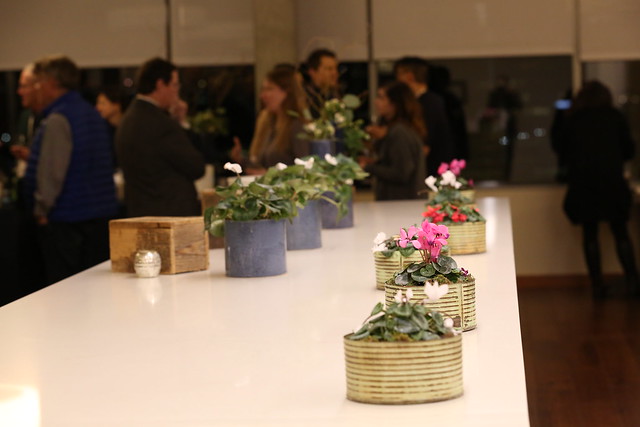 Pierre is a Senior Statistical Geneticist at 23andMe. He is responsible for supporting academic and commercial collaborations, and 23andMe therapeutic discovery efforts. His main interest is the genetic architecture of complex traits, how they are wired, how they are regulated, and how they evolve.

Prior to 23andMe, Pierre spent five years at the Broad Institute of Harvard and MIT as a Research Scientist. He was involved in many international sequencing consortia, where he analyzed the contribution of rare and common genetics variants to metabolic diseases  — type 2 diabetes, obesity, and cardiovascular diseases. Pierre earned his PhD in Ecology and Evolution from the University of Lausanne, Switzerland.

From GWAS to function: Novel results for intelligence and insomnia

Her current research focuses on understanding mechanisms underlying neuropsychiatric and cognitive traits. She co-founded the Dutch iPScenter, which aims to detect biological mechanisms of brain-related traits using human induced pluripotent cells. She is involved in many national and international collaborations, has co-authored > 150 papers and was the lead author on several articles that appeared in Nature Genetics, Nature Neuroscience, and Nature Reviews Genetics. Her recent publications as lead author include (i) the largest meta-analysis in the history of science, which included results from nearly 3,000 published studies and presented a comprehensive resource on the heritability of every trait ever studied in a twin population (Nature Genetics, 2015; http://match.ctglab.nl), (ii) a major breakthrough in the discovery of genes for intelligence (Nature Genetics, 2017, and biorxiv), and (iii) novel tools for genes-set analysis (MAGMA, Nature Rev Genetics, 2016) and for functional interpretation of GWAS findings (FUMA: http://fuma.ctglab.nl, Nat Comm, 2017).

The Healthy Brains for Healthy Lives Initiative: Brain and behavior research in the era of big data

Professor Alan Evans did his PhD in biophysics at Leeds University in the UK, studying 3D protein folding. He spent 5-year at Atomic Energy of Canada as a PET physicist. In 1984, he moved to the Montreal Neurological Institute at McGill where his research interests include multi-modal brain imaging with PET and MRI, structural network modeling and large-scale brain databasing.

He has published 577 peer-reviewed papers (ISI h-index = 118 ; Google h-index =177) and has held numerous leadership roles, notably Director of the McConnell Brain Imaging Centre (BIC) during the 1990’s. He is a founding member of the International Consortium for Brain Mapping (ICBM). He was one of the founders of the Organization for Human Brain Mapping (OHBM), serving in numerous positions on the OHBM Council since 1995. He chaired the 4th International Conference on Human Brain Mapping in 1998 and is OHBM Chair for 2016-2017. In 2003 he received a CIHR Senior Scientist Award. In 2014, he was awarded the national Margolese Prize for Research into Human Brain Disorders, the Vezina Prize for Québec Neuroradiology and recognition as a Highly Cited Scientist (top 1%) for Neuroscience and Behaviour (121,575) citations, Google Scholar). In 2015, he was inducted as a Fellow of the Royal Society of Canada. In 2016, he was awarded the Prix du Québec (Wilder Penfield) and ranked #6 by Science magazine in its list of most influential brain scientists of the modern era. In 2017, he was awarded the Senate of Canada 150 Medal.

Genevieve Konopka is an Associate Professor of Neuroscience and the Jon Heighten Scholar in Autism Research at UT Southwestern Medical Center in Dallas, Texas. Dr. Konopka completed her Ph.D. in Neurobiology at Harvard University and received dual B.S. degrees in Brain and Cognitive Sciences and Biology from MIT. The research in the Konopka lab focuses on understanding the molecular pathways important for human brain evolution that are also at risk in cognitive disorders such as autism, schizophrenia, and Alzheimer’s disease. Her lab uses a combination of primary human neurons, animal models, and primate comparative genomics to uncover human-specific, disease-relevant patterns of gene expression. Dr. Konopka is particularly interested in the evolution of language and part of her research has focused on the FOXP family of transcription factors. Recent work in her lab integrates gene expression with signatures of neuronal activity in the human brain.

Jonathan is Assistant Professor of Economics at the University of Toronto. His research focuses on the emerging field of “genoeconomics” (which combines insights and methods from both economics and genetics to find genetic variants associated with economic preferences and outcomes and tackle questions of interest to both fields), on applied microeconomics, and on behavioral economics. He is a core researcher of the Social Science Genetic Association Consortium (SSGAC).

Prior to joining the University of Toronto, Jonathan was a Postdoctoral Researcher in the Department of Economics at Harvard University and with the SSGAC. Jonathan completed a PhD in Economics at Harvard University in 2011, where he was a Trudeau Scholar. His doctoral work employed a multidisciplinary approach, importing insights from genetics, neuroscience, and psychology to study questions of interest to economists, such as human capital formation, the determinants of economic outcomes, and the effect of cognitive biases on economic choices. During his doctorate, Jonathan also spent a semester at Princeton University working on a project in neuroeconomics. Jonathan holds a Bachelor's degree in Mathematics and a Master's degree in Economics from Queen's University. Between his doctorate and his postdoc, Jonathan worked for the management consulting firm McKinsey & Company and as an economist in the Monetary and Capital Markets Department at the International Monetary Fund in Washington, DC.

The genetics of education: DNA in the social context

Dr. Sophie von Stumm is an Associate Professor in Developmental Psychology at the London School of Economics and Political Science (LSE). She studies the causes and consequences of individual differences in psychological and behavioral development across the life course. Specifically, Sophie focuses on three areas, including (a) the relationship of genome-wide polygenic scores and educational attainment, (b) the effects of early life environments on children's cognitive growth; and (c) the role of personality traits like curiosity and imagination for learning outcomes.

Sophie's work is funded by the British Academy, ESRC, John Templeton Foundation, and the Wellcome Trust. She has published more than 50 peer-reviewed journal articles and book chapters and developed two psychological research smartphone apps. Sophie won the APS Rising Star Award in 2015 and the ISSID Early Career Award in 2013. She is recipient of a Jacobs Foundation Fellowship 2017-2019.

Citizen Science, Pet Dogs and the Complex Genomics of Behavior

Elinor Karlsson, PhD is an Assistant Professor at the University of Massachusetts Medical School and the Director of Vertebrate Genomics at the Broad Institute of MIT and Harvard. By investigating evolutionary history using high throughput genomic tools, Elinor works to identify genes, pathways, and functional variants underlying polygenic diseases, and translate these discoveries into advances in human health care. She is currently using this approach to find genetic variation that alters susceptibility to infectious diseases, like cholera, as well as psychiatric disorders, using dogs as a model. Her research relies on collaboration with citizen scientists through the dog genetics project Darwin’s Dogs. Elinor received her B.A. in biochemistry/cell biology from Rice University, and earned her Ph.D. in bioinformatics from Boston University. She did her postdoctoral research with Dr. Pardis Sabeti at Harvard University.

The time of your life

Seth Grant holds the Professorial chair of Molecular Neuroscience at Edinburgh, and has held additional appointments including Principal Investigator at the Wellcome Trust Sanger Insitute, the John Cade Visiting Professor at Melbourne University, Honorary Professorship at Cambridge University and elected Fellow of the Royal Society of Edinburgh and Fellow of the Academy of Medical Science. Seth graduated from the medical school of Sydney University with a Bachelor of Science (Medicine) in Physiology, Bachelor of Medicine and Bachelor of Surgery. Before establishing his own laboratory, he studied as a Postdoctoral Fellow at Cold Spring Harbor Laboratory with Douglas Hanahan and with Eric Kandel at Columbia University (Nobel Laureate 2000). Seth pioneered mouse genetic studies of learning and plasticity, synapse proteomics and synapse evolution. His recent work includes the discovery of the Genetic Lifespan Calendar and the development of synaptome mapping approaches.

Hsu’s primary work is in quantum field theory, particle physics, cosmology, and other areas of fundamental physics. He has also made contributions in computational genomics and information security. He is the author of more than 100 research articles, ranging from theoretical physics to computer science and biology.

Hsu has been CEO and Founder of several Silicon Valley startups, including SafeWeb, acquired by Symantec in 2003. He is a Scientific Advisor to BGI in Shenzhen, China.