Between launching new products, publishing landmark scientific papers, hosting numerous events and welcoming a new member to our family of business units, 2016 has been an exceptional year for the Allen Institute. Here are highlights from this past year.

In March, Paul G. Allen announced an initial commitment of $100 million to create The Paul G. Allen Frontiers Group, whose purpose is to explore the landscape of bioscience and fund ideas at the frontier of knowledge to advance science and make the world better. As part of the launch, the Frontiers Group announced its first cohort of funded projects with four new Allen Distinguished Investigators (ADI) and two Allen Discovery Centers in partnership with Stanford University and Tufts University.

We debuted the Allen Brain Observatory.

The Allen Brain Observatory is the first tool of its kind to provide a highly standardized survey of cellular-level activity in the mouse visual system. With the data and tools in this resource, researchers around the world are empowered to investigate how circuits in the mouse brain coordinate while the mouse performs visual tasks, taking in and processing a wide range of visual stimuli.

We announced the Allen Cell Collection.

In November, we debuted the Allen Cell Collection: the first publicly available collection of gene edited, fluorescently tagged human induced pluripotent stem cells that target key cellular structures with unprecedented clarity. Distributed through the Coriell Institute for Medical Research, these powerful tools are a crucial first step toward visualizing the dynamic organization of cells to better understand what makes human cells healthy and what goes wrong in disease.

We published the Allen Human Brain Reference Atlas, and mapped the mouse brain in 3D.

In September, the Allen Human Brain Reference Atlas was published as a stand-alone issue of the Journal of Comparative Neurology. The atlas is the most structurally complete map of the human brain to date, combining neuroimaging with cellular level resolution histological analysis and expert structural mapping.

We also completed the three-dimensional mapping of the mouse cortex as part of the Allen Mouse Common Coordinate Framework (CCF): a standardized spatial coordinate system for comparing many types of data on the brain from the suite of Allen Brain Atlas resources.

We began work on a project to reconstruct the brain.

The Intelligence Advanced Research Projects Activity (IARPA) awarded an $18.7 million contract to the Allen Institute for Brain Science, as part of a larger project with Baylor College of Medicine and Princeton University, to create the largest ever roadmap to understand how the function of networks in the brain’s cortex relates to the underlying connections of its individual neurons.

Allen Institute for Brain Science researchers published over 50 papers this year in journals like Nature, Science, Neuron and Cell.

We gained insight into the aging brain.

In collaboration with researchers at UW Medicine and Group Health, the Allen Institute for Brain Science has released a new online resource on Aging, Dementia and Traumatic Brain Injury (TBI). This one of a kind resource collects and shares a wide variety of data modalities on a large sample of aged brains, complete with mental health histories and clinical diagnoses.

We hosted scientists from around the world.

We hosted this year's NeuroFutures conference, bringing together thought leaders in research, engineering, industry and clinical domains for a two-day symposium. This year's theme was "Circuit Structure and Dynamics." 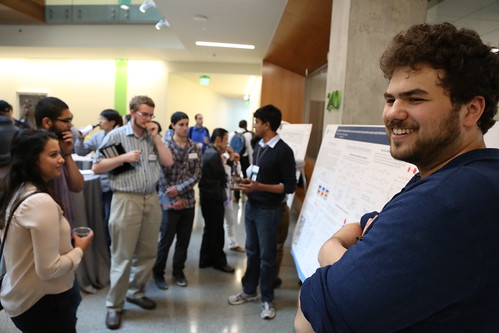 We also hosted our annual Showcase Symposium, featuring our hallmark team talks as well as presentations from our newest class of Next Generation Leaders. 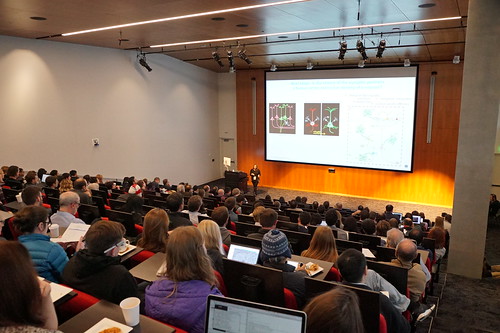 Our Summer Workshop on the Dynamic Brain, co-hosted with the University of Washington, is a singular course that brings together students and faculty from around the world to learn how to navigate the rich datasets produced by the Allen Institute.

We hosted our first Cell Science Symposium, an open house showcasing Seattle-area cell biology research. Over 200 members of the scientific community came to present their current work in talks and posters and to engage with researchers at the Allen Institute for Cell Science. 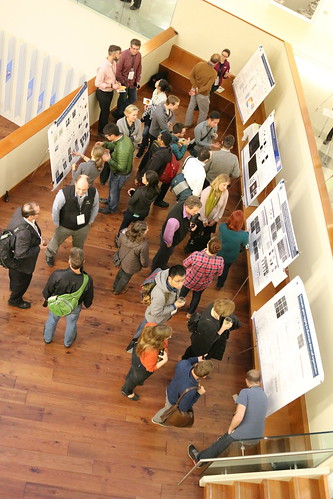 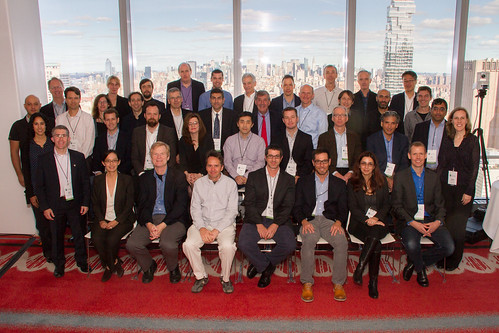 Our data had global impact.

In our first Data Stories video, we showed how researchers at the University of Cambridge merged data from the Allen Human Brain Atlas with MRI brain scans and made an important discovery about the teenage brain.

We ignited the community.

We made an impression on our advisory council members, a group of distinguished scientists from across cell biology who have become some of our heartiest ambassadors.

We assembled our team.

Our newly minted Cell Science directors put together each of their teams and worked together to establish the data collection pipeline.

We made the news.

Christof Koch and Allan Jones discussed our unique approach to big, team and open science in the journal Neuron.

News about the Allen Institute for Brain Science also made it into numerous media outlets, including online, print, TV and radio. Here is a sample of some of the coverage:

Rick Horwitz published an article on interdisciplinary team science in cell biology in Trends in Cell Biology and discussed the state of cellular biophysics our systems approach to imaging and modeling in the Biophysical Journal.

Rick Horwitz also co-authored an article with Tony Hyman of the Max Planck Institute of Molecular Cell Biology & Genetics on the "Cell Biology of the Stem Cell" for the ASCB newsletter.

Our announcement of the Allen Cell Collection was also featured in numerous news outlets.

The launch of The Paul G. Allen Frontiers Group also garnered attention from many media outlets.

The Allen Institute has grown dramatically in the past year, continuing to embrace our team science approach that enables us to do work that cannot be done anywhere else.